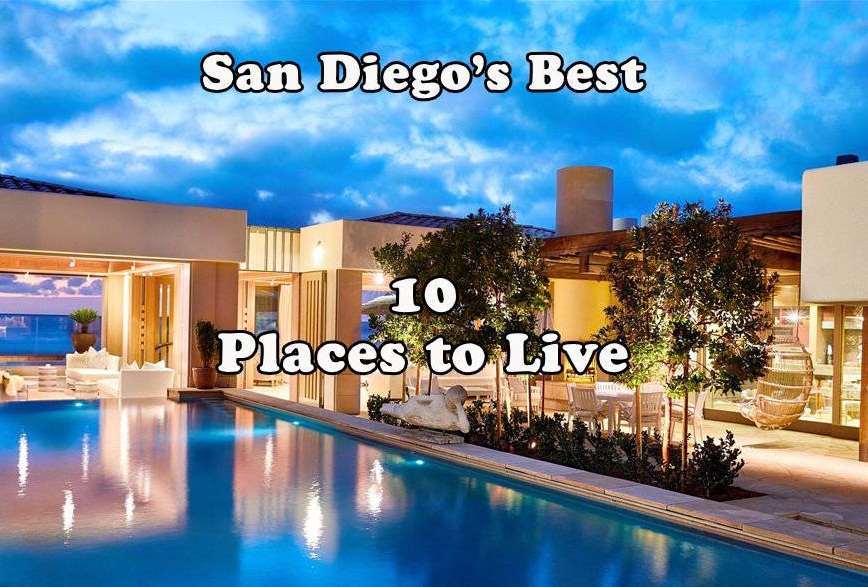 San Diego is a thriving area and a great place to live. With a strong and growing economy, nationally recognized education, and thousands of thriving local businesses, San Diego has everything you need.

Not only do local laws allow for a rich bed of startups, but there are also very successful large businesses. These include Qualcomm, Chicken of the Sea, PETCO, and hundreds more. The variety of companies allows for a plethora of job opportunities, making San Diego’s impressively low unemployment rate of 2.7% possible.

For entertainment, there is Legoland, the San Diego Zoo, Sea World, as well as many community-run events ranging from live music and parades to sports and Walkabouts.

Being along the Southern California coast, San Diego has not only excellent views of the ocean, amazing beaches, but also fantastic weather. On average, 146 days are sunny, and another 117 are partly cloudy each year, and the average temperature is 72. On average, it only rains 41 days of the year with under 12 inches of rain total, and it has snowed only 5 times in the last 125 years. This makes San Diego’s weather very pleasurable year-round.

And because every neighborhood has its own look and feel, there is almost certainly a perfect place for everyone. 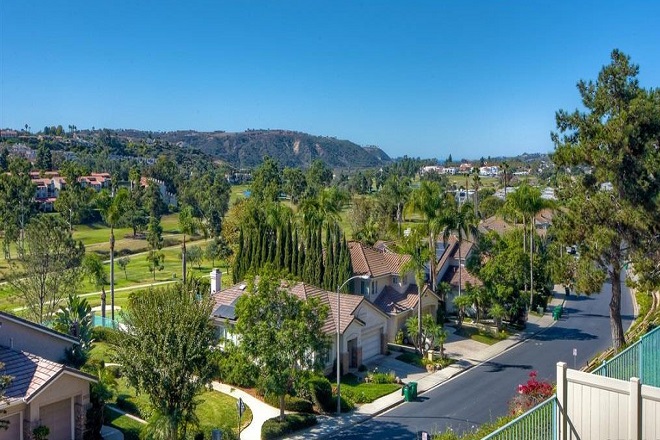 Not only is Carlsbad home to Legoland, one of the most popular tourist destinations, but it also has a thriving and vibrant community. Carlsbad is consistently rated as one of the best cities to live in California. With a population of 113,147, the city has a dense urban population. There are a lot of coffee shops, restaurants, and parks. According to Niche, Carlsbad is ranked #7 for the best public schools in the country.

Recently, many bike paths have been upgraded, and Carlsbad is increasingly becoming more bicycle and pedestrian-friendly. It is one of the wealthiest communities in the nation and the 5th most affluent in California, with a median income of $105,000.

As a technological city, in 2015, the nation’s largest desalination plant was opened in Carlsbad. Typically, people lean conservative in Carlsbad. 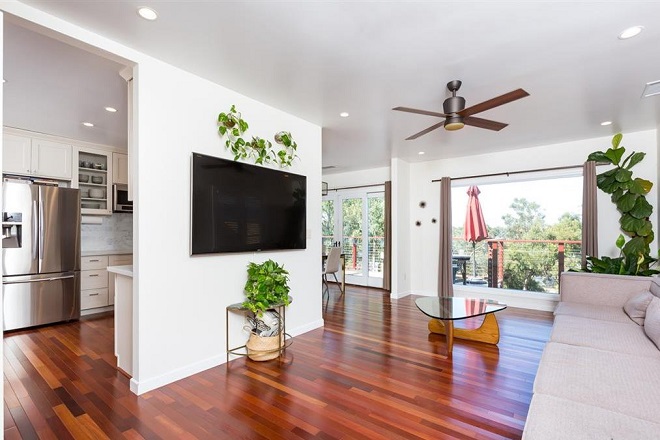 South Park borders Balboa Park and Golden Hill and is known for its tree-lined streets and pedestrian-friendly business district. The tight-knit community is known for its small businesses and its tolerance for diversity of income, race, age, and sexual orientation.

Since becoming an official suburb of San Diego in 1905, this suburb is now one of the significant historical communities in San Diego. They actively keep their history alive, including restoring one of San Diego’s oldest fire stations.

One notable event each quarter is their Walkabouts. On Saturday evenings each March, July, October, and December, the community holds these Walkabouts. Shops are open late, trollies run for free, and there is live music with refreshments. The December Walkabout is particularly joyful with the tree lighting and many other holiday-themed festivities. 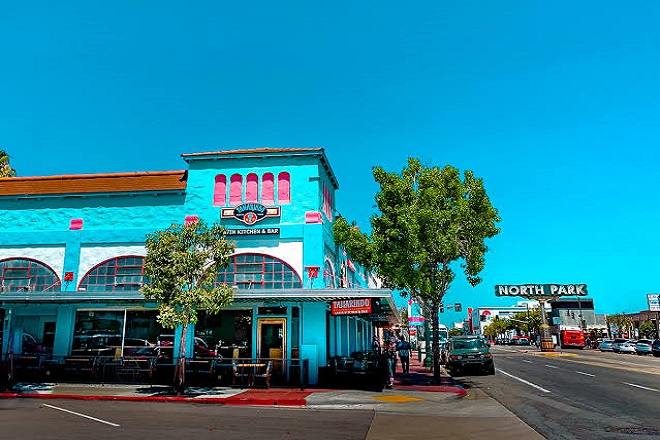 Also bordering Balboa Park, North Park is known for being incredibly culturally diverse. In fact, Forbes even named North Park one of the best hipster neighborhoods in America, saying “culturally diverse North Park is home to Craftsman cottages, cafes and diners, coffee shops, several microbreweries, boutiques, and the North Park Farmers Market. The North Park Theater and the Ray Street Arts District are also bastions of creativity in the area.”

The LA Times even wrote that “North Park has all the ingredients for the cool school: It’s culturally diverse and has art galleries, boutiques, trendy bars with handcrafted cocktails and local brews, and foodie-approved eateries.” 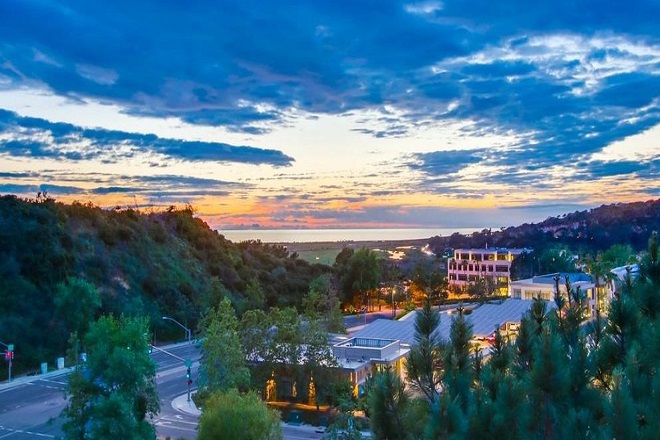 Torrey Pines is a smaller suburb of San Diego with a population of 13,080 and a dense suburban feel. However, Niche ranks Torrey Pines as the 7th best suburb to raise a family in San Diego. The median household income is $120,399, and 24% of families have children. Public and private schools are highly rated.

Torrey Pines is home to the Torrey Pines State Natural Reserve. There’s a world-famous golf course as well as over 3,000 of the rarest pine tree in America: Pinus torreyana. The tree only grows in Torrey Pines and on Santa Rosa, an island off the coast of Santa Barbara. There are eight miles of hiking trails for the outdoor enthusiast. 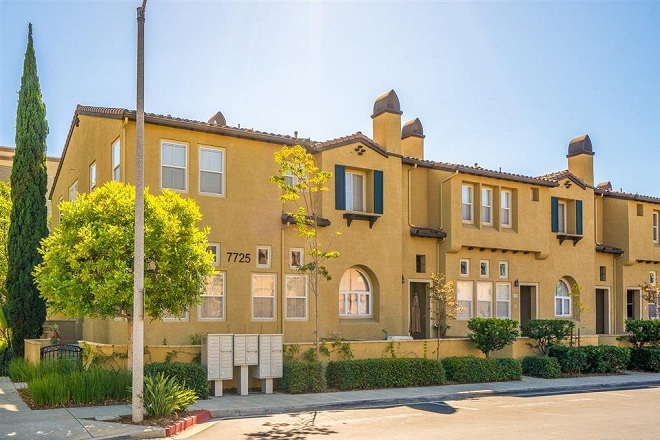 Pacific Highlands Ranch is a 2,652-acre residential community just north of Del Mar Mesa. With 49% of the land preserved as a natural habitat, the community has many walkable nature trails. The majority of the housing was developed by Pardee Homes, and they cater to the upper class. In fact, almost half of the households have a yearly income of over $200,000.

The feel of the neighborhood is sparse suburban, and there are a lot of parks. 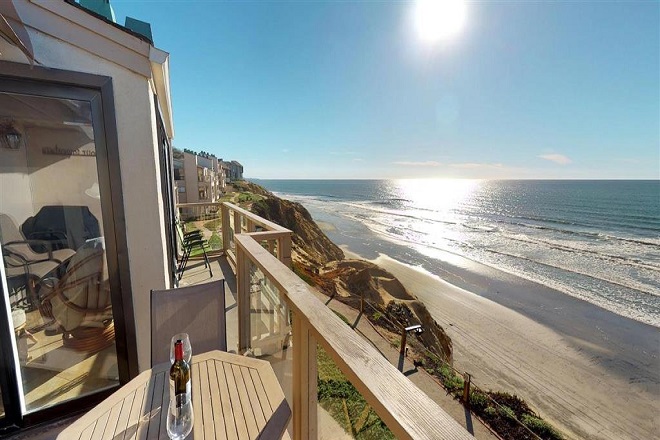 Solana Beach is a coastal suburb of San Diego with a population of 13,362. It was initially settled by the San Dieguito in 8200 BCE. However, the modern community of Solana Beach started to form in the early 1900s during the construction of the Lake Hodges Dam. It officially incorporated in 1986.

Much of the city is built on the bluffs near the beach, allowing for unmatched ocean views. In 2003, Solana Beach became the first city in the United States to ban smoking on its public beaches to have cleaner air. Many California beaches have since followed. 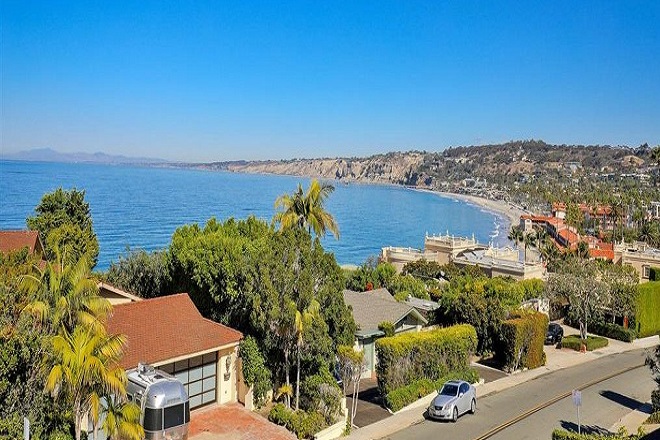 Home to UC San Diego, La Jolla is a thriving and affluent community. It has several businesses, ranging from finance, software, and real estate to bioengineering, medicine, and scientific research. Overall, there are 1293 merchants and 101 restaurants, meaning that La Jolla has a thriving economy.

Three of its four sides are bluffs and beaches with a spectacular view of the ocean. The city runs along 7 miles of curving coastline, and it has a mild climate with an average temperature of 70.5.  La Jolla’s coast is home to 242 seals. Furthermore, the Torrey Pines Golf Course resides in La Jolla.

Furthermore, social life in La Jolla is thriving. On the city’s website, there is a calendar of events to keep everyone updated, and typically there are several events planned every day.

Though La Jolla is one of the best communities in San Diego, it has housing prices to match. The median is $1,597,100, and the median rent is $4,850. Both are almost twice the price of the greater San Diego area. 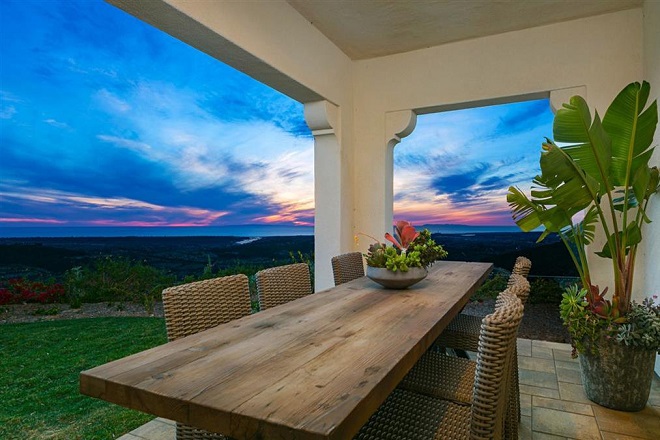 San Marcos has some of the best restaurants in San Diego County. Old California Restaurant Row has many of these high-quality restaurants, including Fish House Vera Cruz, Cocina Del Charro, and King & I Authentic Thai Cuisine.

Perhaps more impressive, though, the city for several years has been planning many parks, trails, and open spaces. This not only makes the city ideal for walking, but there are also many bike trails. Parks include the Double Peak Park and the Park at Discovery Lake. The city is working hard to preserve areas like the San Marcos Creek, which is a sensitive habitat. They also take part in local air and water quality programs.

Furthermore, San Marcos has some of the best weather in the country. With an average summer temperature of 72 and 10 inches of rain each year, most people even in Southern California would be envious. 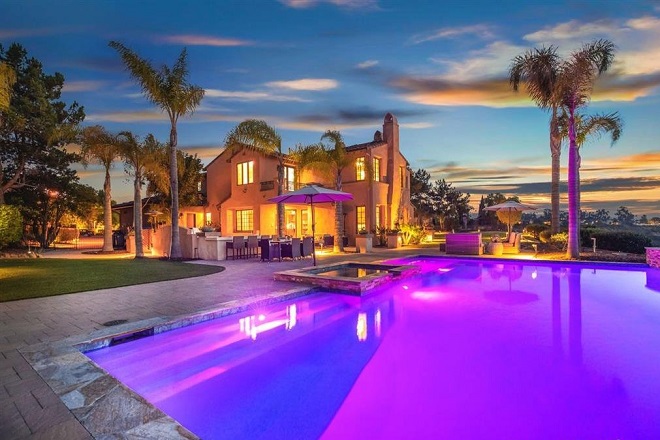 With over 900 acres of preserved wildlife habitats, Del Mar Mesa is a great place for a more urban feel. It has over 10 miles of bikeways, walkways, and hiking trails, making it a great place for traveling the neighborhood without a car. Despite the semi-rural feel, most of Del Mar Mesa is relatively modern as the majority of the community was built in the early 2000s.

Currently, Del Mar Mesa has a population of 20,415 and is typically considered one of the best places to live in California. There are many coffee shops and parks, and the schools are highly rated. Furthermore, the neighborhood is very safe, with a low crime rate.

Del Mar Mesa used to be a farming community until the 1980s. Though the city is developing reasonably quickly, the intent is to keep the open feel with large homes, golf courses, and a resort hotel. 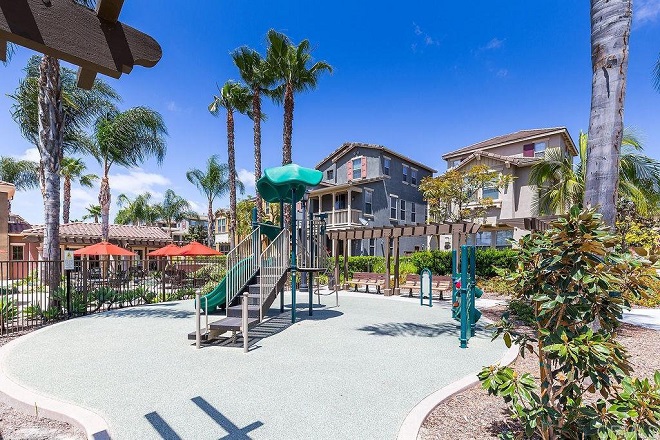 As the second-largest city in the San Diego Metropolitan Area, Chula Vista has a lot of activities for all ages. If you enjoy sports, they have a thriving athletics program for youth with over 9,000 children, and a second one dedicated to adults. Over 7,800 adults participate in their softball, basketball, and golf programs. Chula Vista is also home to one of the few year-round US Olympic training centers.

Meaning “beautiful view” in Spanish, Chula Vista also offers over 50 parks, many trails, and plentiful open spaces. Every summer, the city hosts a concert series called “Music in the Park,” where bands of all genres play music. Local food and art vendors come to each concert. And there are many fun activities such as face painting, contests, and more.

With two large school districts comprising of over 75 campuses, children have many great education opportunities. More than half of the schools made the California Business for Education Excellence Honor Roll, and several are nationally recognized.

Additionally, living in Chula Vista quite affordable. The median home value is $543,100 and the median rent is $2,500. That means, on average, Chula Vista homes are 24% cheaper than the average San Diego-Carlsbad area, and rent is 8% less.

Because San Diego has so many neighborhoods (and we cover all of them), you can easily find one that fits your needs. Whether you like hiking, surfing, sports, shopping, drinking, eating, socializing, or just want a quiet life, San Diego has you covered.